Lean In Canada is a community of professional women empowering each other to build purposeful and fulfilling careers. Since 2013, we have grown from an audience of 20 people to over 6000 members across the country in various professions. We built our organization for people just like us: professional women who are passionate about driving their careers forward to the next level and beyond, and who want to achieve greater success not only in work, but in life as a whole.

We want a world where people of every gender can pursue their dreams without bias or other barriers holding them back. Where girls grow up to be confident, resilient leaders. Where more women run companies and countries. We are driven by the belief our society and economy would be better if women and girls were valued as equal to men and boys. 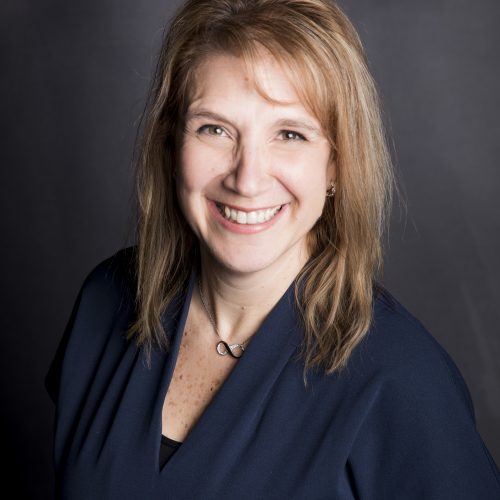 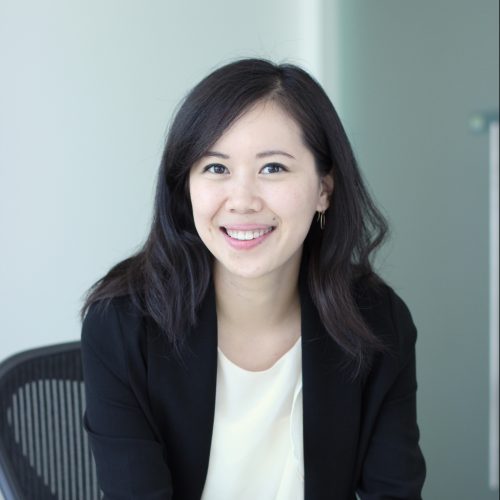 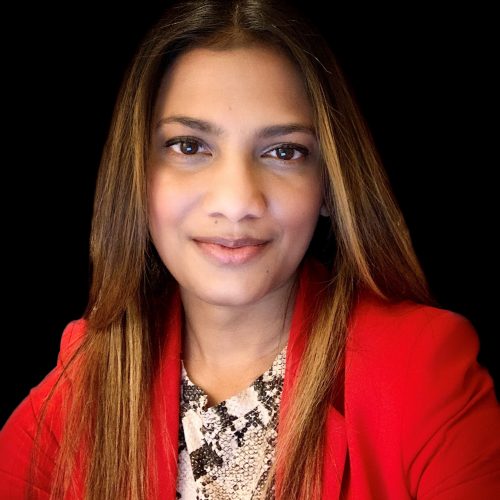 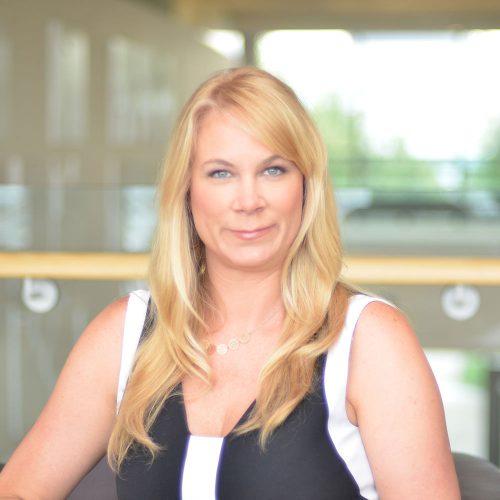 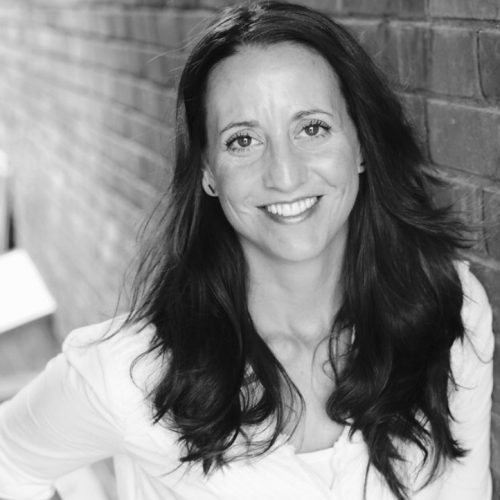 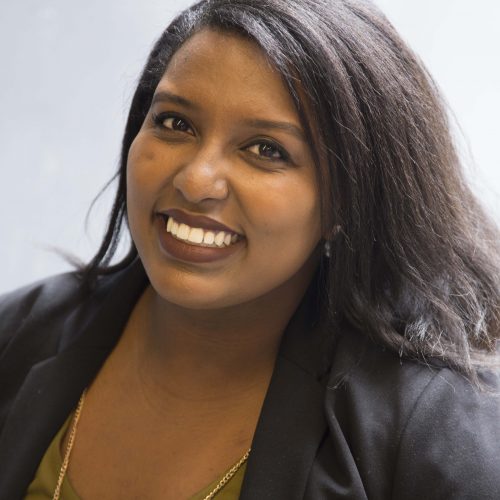 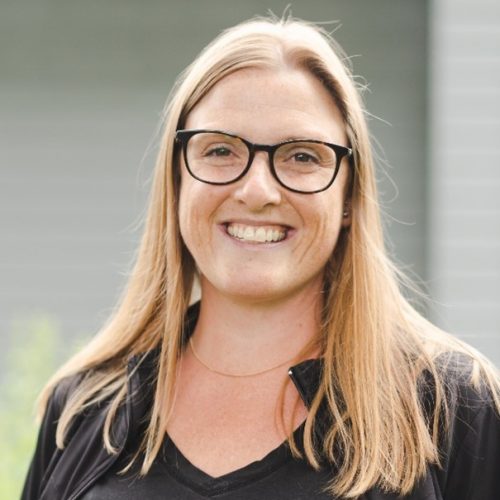 Having spent her whole career in the Human Capital space, Angela’s interest and passion starts with people. Everyone who knows her recognizes her ability to make authentic and long-lasting connections. This “superpower” has enabled Angela to not only build and grow successful teams but also become a strategic coach for many other leaders inside and outside of her organization.

In her current role as co-founder of LeedHR, Angela is responsible for both development and delivery of client programs, ultimately creating better organizational leaders. Her mission is to help leaders “lead well” through Emotional Intelligence, in order to increase their team’s and personal effectiveness. Angela has expert knowledge of how to create and maintain a thriving workplace. Her broad-based business and management experience including cross functional P&L’s has allowed Angela to build talented, productive, engaged, and diverse teams. In her most recent corporate role as Monster Canada’s SVP and General Manager, Angela was instrumental in transforming its business processes and culture by providing continuous inspirational leadership grounded in sound financial acumen which helped impact the bottom line. Her positive impact to the business was also leveraged across continents as a formal coach and mentor for many women in leadership positions. Previously as Country Manager at Lee Hecht Harrison, she lead a successful merger and business integration between both LHH and Knightsbridge resulting in the largest career transition and management business in Canada. During this merger, she lead the modernization of the professional career transition and career management practice by developing its playbook and technology upgrades, directly impacting the quality and efficiency of delivery.

Angela, is a York University graduate and has continued her studies at INSEAD in business and IMD in Leadership Development. She’s a regular contributor to industry events where she speaks about recruitment, leadership, and her greatest passion – female business leadership.

In her spare time, Angela enjoys discovering new travel destinations with her husband and daughter while keeping up an ever expanding log of the best places to shop!

As the VP of Finance and Operations at Loopio Inc., Tiffany oversees the finance, compliance, operations, IT and security functions of the business. She began her career at PricewaterhouseCoopers in the Vancouver and Melbourne offices managing the delivery of PwC services to clients in the Audit and Assurance practice. Prior to joining Loopio, she was at Rubikloud, a Toronto-based AI startup as a founding employee, where she helped scale the company from 5 to over 120 people in over 4 different geographies and raised in over US$46 million of venture funding. Her ability in building a lean G&A function combined with a deep understanding of business operations allows rapid growth tech start-ups to grow and scale in a sustainable way. Tiffany holds a BCom from the University of British Columbia and obtained her Chartered Accountant designation while at PwC.

Aparna is an accomplished strategy and sales leader with over 10 years experience across investment banking, oil & gas, and technology. In her current role at Microsoft, Aparna specializes in solution sales, where she works with Canada’s largest enterprises, to drive business and social value through innovation and transformation. She holds an MBA from Ivey Business School and a BCom from Sri Sathya Sai University. Her superpowers include value co-creation, connecting the dots and pushing boundaries.

Passionate about equality, she is determined to fix the broken rung and confidence gap among female executives, enabling them to realize their best selves and achieve their ambitions. As head of corporate sponsorships, Aparna is excited to both develop talent within the Lean In community, as well as partner with Canadian organizations and build a truly strong and inclusive workforce.

Leila Weller is a true innovator with an obsession for creating technology-inspired, results driven customer experiences for internal and external clients. With 15 years of experience leading national teams from ideation through to execution, she currently runs the Customer Experience portfolio for Canada’s #1 communications company, Bell Canada. As a Senior Manager on the Bell Mobility Business Marketing team, Leila spends her days developing event marketing strategy and execution plans for next-generation technologies like Internet of Things (IoT), Public Safety Solutions and 5G.

Leila’s career highlight includes managing the Client Hospitality Program for the 2010 Vancouver Olympics. She holds a degree in Business Administration and Management from Ryerson University in Toronto, where she currently resides. Leila is both honoured and excited to be a part of Lean In Canada as Director of Events.

As Vice President of Strategic Partnerships at the AIR MILES Reward Program (LoyaltyOne), Laura Wiese leads the charge enabling new & exciting innovative partnerships for Canada’s most recognized loyalty program. Her goal, to bring value to the more that 120 coalition partners and the more than 11 Million consumer households that are part of the program. She also leads one of Canada’s most successful affiliate ecommerce sites, airmilesshops.ca which allows consumers to get rewarded with miles at hundreds of online brands. Prior to joining AIR MILES Laura spent 12 years in the toy industry leading sales, marketing, and licensing across multiple brands at both MGA Entertainment and Bandai America alongside volunteering with the Canadian Toy Association board as their PR & Communications lead. She also spent 4 years at Kraft Canada in the marketing team managing various coffee and cereal product lines.

Laura is actively involved in the Women’s Leadership Initiative at LoyaltyOne in the mentoring program as well as a team lead for the All for Good Community outreach program. She coaches soccer and Frisbee for young kids and is passionate about helping develop strong female leaders both on and off the field.

Seghen is a Manager in the Core Business Operations practice at Deloitte, focused on Healthcare Consulting in the Digital Care group. She has worked on the strategic planning and large-scale transformation of several academic hospitals and local health regions. Prior to Deloitte, Seghen worked in academic research as an immunologist and biosafety officer, and later in pharmaceutical advertising, navigating the complex regulatory requirements in Canada and the US. In addition to her work experience, Seghen holds a Bachelor of Science in Forensic Science, a Master of Science in Microbiology & Immunology, and a Master of Business Administration (MBA) from the University of Toronto.

Stacey is an experienced bilingual community convenor with a collaborative leadership style who loves to see and experience the world. She is currently Managing Director for MENTOR Canada and is responsible for leading her team and sector stakeholders through the conceptualization, development and management of a pan-Canadian mentoring movement.

Stacey holds a Bachelor of Arts in Human Relations from Concordia University and is a Certified Change Agent. As a lifelong learner she has completed courses and certifications in a variety of subjects including Communications, Conflict Resolution, Mediation, Human Resource & Business Management and is currently working towards a Scrum Master Certification

Based in Montréal, Stacey brings over 15 years’ experience in strategic planning, project management and capacity building to the Lean In Canada.

"After each Lean In Canada event, I feel like my batteries have been re-charged; I am motivated and have connected with other like minded, driven women." 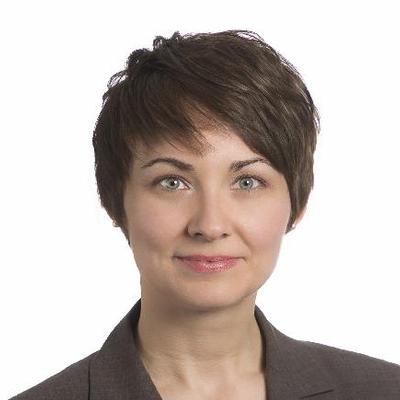 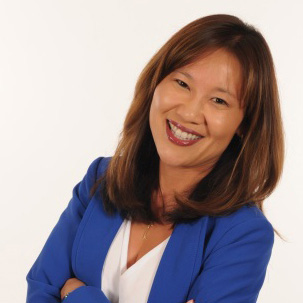 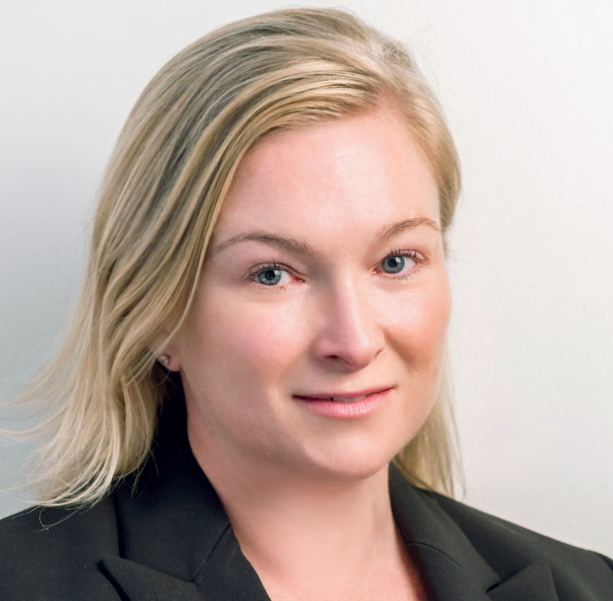 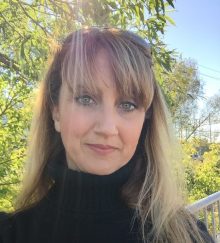 Lynn van der Valk is a partner at Gray, Whitley, van der Valk LLP, specializing in corporate, commercial, and not-for-profit law. Lynn is also a Lawyer-Editor at Practical Law Canada, a Thomson Reuters business, where she creates and maintains corporate and M&A "how-to" resources. Previously, Lynn worked as in-house counsel at Cara Operations Limited and as a business law associate at McMillan LLP.

Jackie Foo is a seasoned executive, specializing in Telecom and Retail. She has successfully led 5 major retail chains and 2 national call centres. She has extensive experience in building and transforming organizations. Jackie is passionate about leading and developing people. Her energy is infectious and she has shaped so many careers with her inspirational leadership style.

As an executive advisor to Lean In Canada, Jackie has participated in networking events, led speaking engagements and has contributed to our national expansion strategy.

Prior to leading the RCoE, Jackie was the former Chief Operating Officer for The Source - one of Canada’s leading Consumer Electronics and Wireless retailers with 650+ locations across Canada. Jackie also held the role of Vice President of Bell Corporate Stores. She was responsible for all aspects of retail operations for Bell and Virgin Mobile branded stores.

Outside of her career, Jackie loves to travel the world with her husband, Steven, and daughters Sidney (19) and Rachel (6). She lives in Thornhill, Ontario, Canada, just north of Toronto.

Lorraine Leduc is a senior sales leader recognized for building and delivering on sales and operational strategy within the payments and software industries. She is a respected consultative sales executive with an extensive network coupled with a proven track record of delivering multi-million dollar “bottom line” results. With insight into maximizing revenue, margin, and enhancing competitive positioning, Lorraine is a natural communicator and builds high performance cultures developing opportunities and sales and revenue growth.

In her current role, she focuses on solution sales at FIS where she works with enterprise companies to enhance revenues and competitive positioning through innovative, transformative products and solutions.

Her expertise in business and market development, sales and strategic partnerships spans early stage start-ups to established, global corporations and she impacts her customers, colleagues and community positively through value creation and her inclusive, high accountability and rallying approach to leadership.

Lorraine holds a Bachelor of Commerce and continues to learn through executive development courses including Mini-MBA series at McGill University.

Her contribution to Lean In Canada began in 2016 and includes leading sponsorships as a National Board Member and now, her transition to the Lean In Canada Advisory Board.

Kristina is the Chief Privacy Officer at Holt Renfrew where is responsible to create a culture of privacy and support all business areas, stores and customers with privacy related matters. She also founded and currently Chairs the Retail Counsel of Canada’s Privacy Committee where she supports the RCC and other retailers collaborate on privacy matters and advocate for regulatory privacy changes.

During her 14 years specializing in privacy, Kristina has worked in the financial sector (MBNA, Bank of America, TD and CIBC) and spent 3 years as a privacy researcher for Nymity Inc. focussing on international privacy laws.

In 2013, when Sheryl Sandberg's book, Lean In: Women, Work and the Will to Lead, was released, it was something that Christina Rupsingh, Despina Zanganas, and Sarah Kwan individually knew they needed to read. One of the key points of the book was this: that we need to actively build our own support systems in order to be successful. After discovering each other's mutual passion for supporting professional women, they began meeting in Despina's office with a group of 20 as Lean In Toronto, and before long, knew they were on to something special. In 2014, they incorporated the organization and became Lean In Canada, with the mandate to build a thriving community of women who come together and celebrate each other's successes and ambitions. 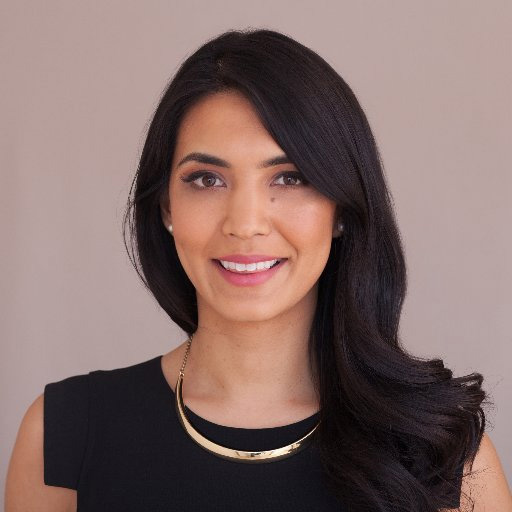 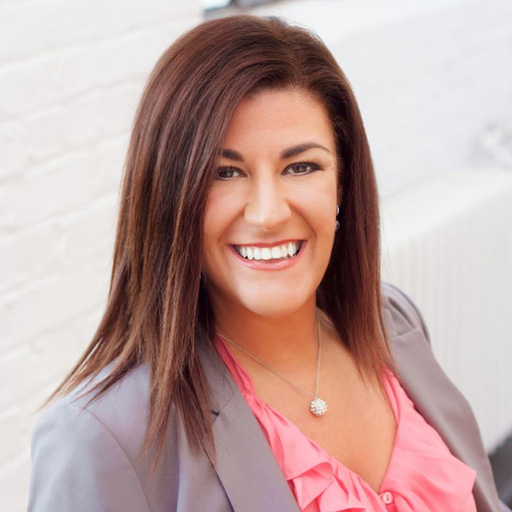 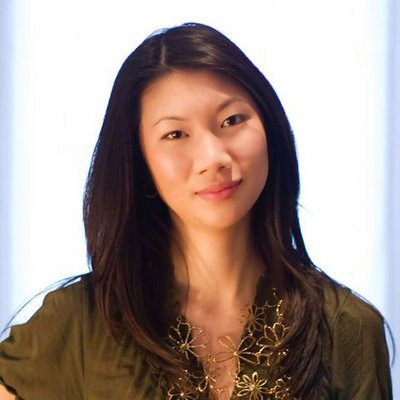 Are you comfortable with responding to conflict?

Wishing all the mom's a Very Happy Mother's Day fr

Let's talk about Gender Diversity and why it's so

Thank you Kadie Ward and Robyn Doolittle for your