Lean In Calgary - Lean in Canada Skip to content

Susan started the first Lean in Circle in Calgary geared towards the working woman who was encountering roadblocks in her career due to motherhood, family responsibilities, or other gender-inspired challenges in early 2015 after reading Sheryl Sandberg’s book: Lean in: Women, Work and the Will to Lead. Susan’s story is similar to that of the founding president of Lean in Canada and many other circles and networks around the world. Women the world over read Sheryl’s book and wanted to be a part of creating more equality in the workplace.

Lean In Canada is a community of professional women empowering each other to build purposeful and fulfilling careers. We all share that common purpose and drive to be our best, including efforts to remove gender-based obstacles that are in our way. There is so much work to do to continue the journey towards equality.

Lean in Calgary is proud to share the following accomplishments since launching in 2019:

Going forward, Lean In Calgary will continue to build on Lean in’s mission to support women in the workplace across Canada and around the world and will host events that get to the heart of what matters most to them. There is still so much work to do in this regard.

Join us, won’t you?  Make a commitment to yourself to participate in at least one event with Lean In Calgary this year or next. Together we are stronger!

“The partnership with our organization and Lean In has been a positive collaboration. 50 ways to Fight Bias was an informative and educational experience for our employees. Lean In not only provided us with awareness, but also real-life tools and strategies that can be embedded into our business to create impactful and transformative change with respect to breaking the gender bias” 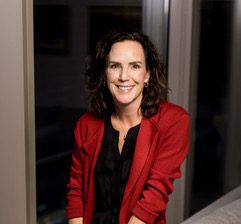 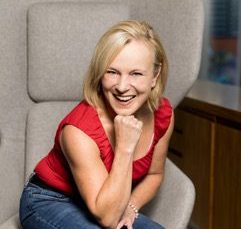 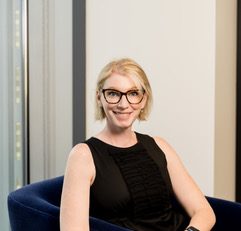 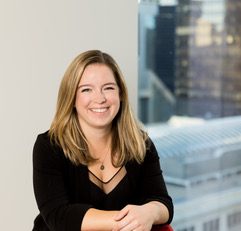 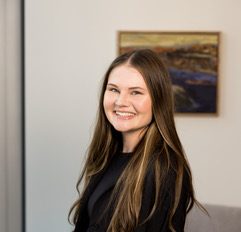 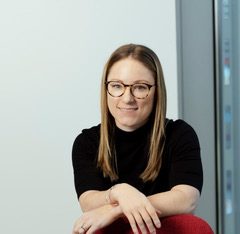 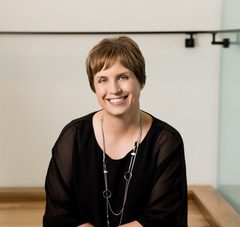 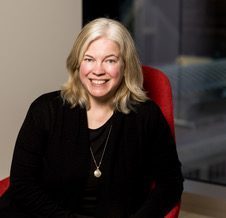 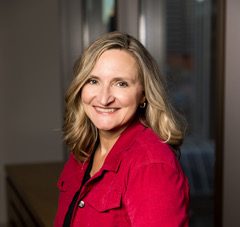 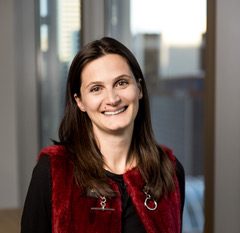 Sharleen’s passion for addressing barriers for women in the workplace was ignited when she read Sheryl Sandberg’s book Lean in: Women, Work and the Will to Lead in 2015 but it wasn’t until she read Option B: Facing Adversity, Building Resilience and Finding Joy in mid-2019 that she learned about how Sheryl’s book had started the phenomenon of Circles around the world to connect women and provide opportunities for them to support each other. She started her own Circle, YYC West, in late 2019 following Lean In Calgary’s Circle Up! event and later joined the board in April 2020 as Co-Lead, Circles before taking on the role of Network President in July 2022. Sharleen believes that women deserve the right to have all of the same advantages as men as they develop their careers and, together, must advocate to reduce and remove the barriers that prevent women from advancement and achievement their professional goals. Together, we can all shine!

A strategic leader and passionate advocate for women, she is a skilled energy professional with over 25 years of diverse experience in the energy industry. In late 2019, she founded a non-profit organization, Women+Power, to support women working in the power industry in Alberta. The aim of Women+Power is to provide women a place to connect, support, inspire and be recognized to empower them to reach their full potential both professionally and personally and is strongly aligned with the values of Lean In Canada.

Sharleen is excited to work with the Calgary Network board to develop opportunities for more in-person events post-Covid and is looking forward to leading the organization as it continues to grow and develop.

She has 2 children and a puppy named Macy that keeps her very busy when she is not spending her time advocating for women in the workplace.

Rhonda is a catalyst for accelerating transformational change, both personally and professionally, and is excited to “lean in” and be an ambassador for women in the workplace and the community.

Rhonda is a transformational communication and change management professional with over 25 years of experience across diverse industries. Her passion for continuous improvement, and progress versus perfection, have led her to take some of the less traditional routes to get where she is today.

She recently took on a newly created role as Global Lead, Communications & External Relations with an innovative seed technology company that is leveraging plant-based solutions to solve global challenges.

In addition to volunteering with Lean In, Rhonda participates in professional development and industry associations like Women’s Sustainability & Corporate Impact Group that supports peer learning experience for emerging women leaders.

When she is not at the office or volunteering, Rhonda loves spending quality time with her family who help inspire her to bring her best every day! Speaking of inspiration, she has a sign on her desk that reads, “Being a person is getting too complicated…time to be a unicorn!” Take the less traditional route and dream on…think “what if…?”

Brittany's journey with Lean In began in 2020 when she was first brought in to work her magic with Calgary's Monster Sized Advice event by a fellow volunteer. Catching that first glance of Lean In, she was eager to learn more about what Lean In had to offer for women in the workplace. She took the opportunity to join the Calgary Lean In team as Coordinator, Events in 2020. In 2022 she began as Co-Head, Events, and has now switched to Co-Lead, Graphic & Socials.

Brittany is a Sr. Account Manager with Reel Axis, a marketing agency based in Carlsbad, California. With over 8 years of event experience, Brittany made a career transition over to the marketing side of things with a focus in the tech space for B2B businesses.

You can find her in her spare time reading, going on adventures with her dog Bailey, and hiking.

Jordan was given Sheryl Sandberg’s book “Lean In” by a female mentor at her workplace, Cheralee Rutledge, and shortly after she read it, she was recruited her to be part of the Calgary Lean In Network launch in Calgary. Jordan joined the Finance team with Cheralee and has been in this role since then. She is excited to continue to be part of Lean In’s mission of connecting professional women and expanding her network.

Jordan is a Manager in Grant Thornton’s Transactions practice based in Calgary. She is a Charted Professional Accountant and Charted Business Valuator with over 6 years of combined assurance and advisory experience. She specializes in providing business valuation and M&A advisory services.

In her spare time Jordan enjoys experimenting with cooking at home, travelling and reading.

Cara was introduced to Lean in by her colleagues attending Lean in Calgary Network events in 2020 and 2021 and joined the Lean in team in 2022.
Cara is passionate about giving back and supporting others, largely inspired by the many women who have and continue support her. This made Lean in a natural fit as the power of the Lean in community to increase connectivity and shared experience has boundless potential for women’s empowerment both locally and globally.
Cara is a senior accountant in the assurance department at Grant Thornton LLP she has experience providing assurance services to numerous clients in both the private and not-for-profit sectors in Canada. She has worked with private businesses and not-for-profit entities. Through her work experience, Cara is developing herself into a trusted business advisor who strives to understand the needs of her clients, working closely alongside each to problem solve and provide value-added advice.
Cara has been involved with coaching and mentoring accounting students over the past two years as well as leveraging her professional knowledge to support initiatives with local not-for-profit organizations including DirectHer Network and Calgary Immigrant Women’s Association.
In her free time Cara enjoys taking exercise classes, reading memoirs, and enjoying the many of outdoor activities Calgary has to offer.

Cheralee is passionate about creating environments that break down the issues that affect women and was drawn to Lean In upon reading Sheryl Sandberg’s book Lean in: Women, Work and the Will to Lead. She immediately sought out opportunities to become involved and joined the inaugural Calgary network board in 2019 as Head of Finance and later transitioned to Co-Head, Circles in April 2020.

Cheralee believes in the power of connection and conversation which is why she believes so strongly in the Lean In organization as well as her role with Circles. Circles create a space where women can come together to discuss a variety of topics as well as share their dreams. As the Lean In Org states, “ Circles are like a book club focused on helping members achieve their goals”. The Circle creates the space for connection where we are all empowered and supported to be our best! Cheralee is excited to be a part of Lean in Calgary and to continue the work to connect and support circles in her network.

As a CPA with 25 years of experience, Cheralee is a Principal in the assurance group at Grant Thornton where her focus is on private enterprises across diverse industries. She strives to build trusted relationships with her clients by providing insightful suggestions regarding tax efficiency and other management and accounting issues.

Cheralee and her husband Jeff have two boys and a cuddly little dog named Gracie. In her free time, she loves to walk the dog, surrounded by plenty of trees if possible, and camp.

Sabine’s interest in Lean In also began after reading Sheryl Sandberg’s book Lean In: Women, Work and the Will to Lead. Sabine attended the Lean In Calgary launch event where was handed a card that said “What would you do if you had no fear?”. This was the first of many inspirational and thought-provoking questions that have helped to generate many empowering conversations for Sabine and members of the Lean In community.

Sabine is passionate about creating opportunities that connect women across Calgary. She believes that the Lean In Circle experience can provide a safe space for deeper conversations and can create opportunities for continuous learning within a positive and supportive network.

Sabine is a human resources professional who enjoys living and working in the city of Calgary.

Inspired by Sheryl Sandberg’s book Lean In, Babette found the perfect opportunity to give back to the community of women in Calgary through thoughtful and purposeful events that help women grow their confidence and in turn, their careers.

She joined Lean In Calgary in early 2019. With the introduction of COVID in early 2020, the in-person events scene changed drastically so the team adapted the format to accommodate virtual participation. Now that in-person events are becoming more common, the future of events is looking much brighter thankfully!

Babette is a senior communication consultant working with clients in integrated energy and financial companies in Calgary. She enjoys hitting the slopes on snow days with her family.

Paola is very passionate about working with and supporting women professionals and entrepreneurs. Born and raised in Europe, she moved to Calgary 10 years ago. Through her work as a Senior Relationship Manager in the banking industry Paola has built a network of women supporting and doing business with each other in the Calgary market. In addition, Paola is a mentor for young women starting a career in banking. Using her connections in city of Calgary, she helps new immigrant women to settle in Canada and enter the work environment.

Paola has a Bachelor of Science in Finance, an MBA degree and is now preparing for her last exam of Chartered Accounting Designation. Paola is also a liaison for the Women Presidents’ Organization. Through her job she helps and promotes women entrepreneurs in Calgary.

During her career, Paola has been mentored and helped by many women in leadership positions and she sees her commitment with Lean In as one of the ways to give back.

Paola has 2 children and the family loves spending time outdoors and traveling.

GivingTuesday is the world’s largest generosity

We stand in solidarity with the brave women of Ira

We are thrilled to share our first-ever Lean In Ca

We send our deepest condolences to the Royal Famil