Canadian Women Who Leaned In | Lean In Canada Skip to content 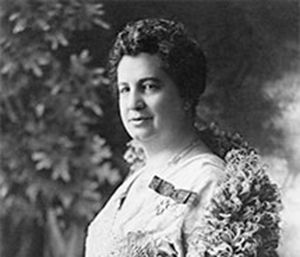 This summer, Canada celebrated 150 years of being the true north strong and free. Canada’s history is filled with strong figures who helped lead the way in many fields for the past 150 years, and preceding that as well. So, Lean In Canada wanted to highlight the history of some of those strong Canadian women who have been leaning in way before leaning in was “a thing”. Let’s take a look back…

What? In 1927, she along with Henrietta Muir Edwards, Nellie McClung, Louise McKinney and Irene Parlby became known as the “Famous Five” who launched the “Person’s Case”. Thanks to Emily Murphy, women in Canada were officially declared “persons” under the law in 1929!

“We want women leaders today as never before. Leaders who are not afraid to be called names and who are willing to go out and fight. I think women can save civilization. Women are persons.” “Self-reliance Is the Fine Road to Independence.” What? Adrienne Clasrkson was the first person of colour to be appointed Governor General. Clarkson took office from 1999 to 2005.

“Each of us is carving a stone, erecting a column, or cutting a piece of stained glass in the construction of something much bigger than ourselves.”

What? The Canadian singer is one of the most influential musicians of her time, with her folk songs focusing on issues that cut to the core of womanhood. In 1997, she became the first Canadian woman named to the US Rock and Roll Hall of Fame.

“People will tell you were they have gone, they’ll tell you where to go, but until you get there for yourself you never really know.” What? She was the first woman in Canada to serve as chief of a First Nation. Knott was elected Chief of the Curve Lake First Nation in 1954, three years after the Indian Act was amended to give First Nations women the right to vote and hold positions in band governments. What? Angela was the first openly gay athlete and second black athlete to be inducted into the Hockey Hall of Fame in 2010. What? She is a singer, artist and activist. Of Cree heritage, Saskatchewan-born Sainte-Marie focused her music and art on the plight of aboriginal people.

“We allow each other so little enjoyment or even tolerance for our individualities, our uniqueness, and yet to me, that’s what it’s all about.” What? She is Canada’s first female astronaut and first neurologist in space. As a scientist, Bondar worked for NASA leading an international space medicine research team for decades.

“Q: What was it like to be the first Canadian woman in space? A: I’m also the first right-handed Canadian in space, because Marc [Garneau] was left-handed. But I digress.”

What? Elizabeth Bagshaw was a doctor and a champion for women’s reproduction rights in Canada. She received a medical degree from the University of Toronto in 1905, becoming one of Canada’s first woman doctors. In 1932, Bagshaw helped to open the country’s first birth control clinic — one that was illegal until the laws concerning reproduction changed in 1969. What? In 1986 Sharon Wood holds the distinction of being the first North American woman to conquer Mount Everest, the highest mountain in the world!

“You have to realize that I grew up climbing with mostly male partners and I felt very much an equal; even though I realized that I was a woman, I felt like I was just doing what I loved to do and the fact that I was a woman just happened to be a bi-product of that more than anything else.” What? Lucy Maud Montgomery’s beloved Avonlea books, featuring Mighty Girl Anne of Green Gables, are just one part of her literary work, which encompasses 20 novels and over 500 short stories and poems, as well as her personal diaries and letters.

“We must have ideals and try to live up to them, even if we never quite succeed. Life would be a sorry business without them. With them it’s grand and great.” What? Through her efforts, Manitoba became the first province in 1916 to let women not only cast a ballot but also run for office. The federal government followed the next year. It was a major step for women’s rights. What? In 1946, Viola Desmond challenged Canada’s segregation laws by taking a seat in a movie theater in Nova Scotia reserved for white patrons. Her decision to ‘sit down’ for her rights and refuse to move preceded Rosa Parks well known, and equally as courageous action, in the US. What? She was the first Black Canadian woman to be elected to a Canadian provincial legislature, and in 1975, she became the first black woman to run for the leadership of a Canadian federal party.

“We must open the doors and we must see to it they remain open, so that others can pass through.”

These women changed the way we think, and the way we live our lives in this country, and far beyond our borders. They truly embodied and helped shape the true north strong and free!