TORONTO: Elevating Gender Equality: A Conversation on how to be a Male Ally - Lean in Canada Skip to content

What is the definition of a male ally? A male ally is any man that is willing to advocate and speak up in support of gender equality. When male colleagues express support for gender equality, women feel more supported and anticipate less hostility at work, new research in the journal of Social Psychological and Personality Science has found.

Kicking off the 2022 International Women’s Day theme of #breakthebias we are in conversation with men who are part of the inaugural Male Ally Circle with Lean In Toronto. As the year progresses, we hope that being a male ally doesn’t #breakthebias, rather that it becomes the norm. 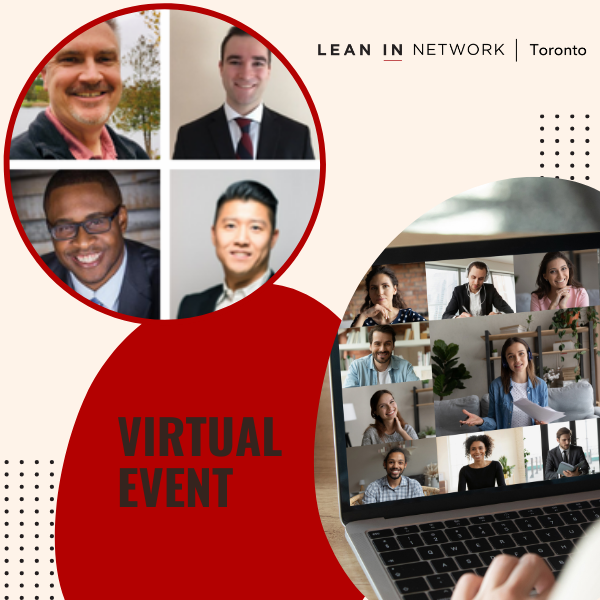