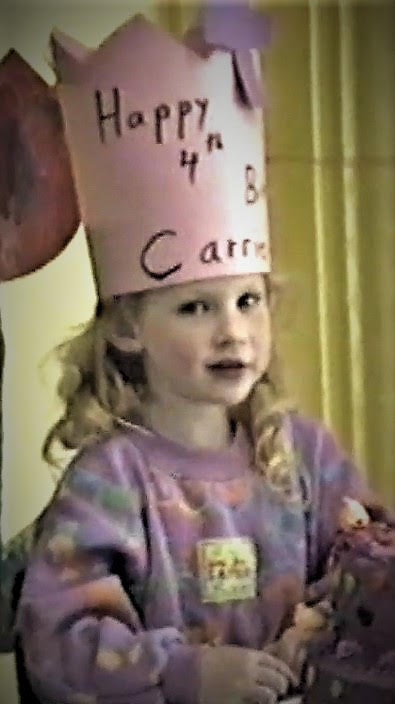 We’ve been given the words. The twittersphere and media giants have handed them to us on a silver platter. We know what to say and most of us have the tools to use our voices, but how do we say what we mean and mean what we say? How do we get others to hear us and take us seriously enough to fuel action? Short answer: stay true to yourself, lose the fear, and show ’em you mean it.

Since I was a little girl I’ve had a big mouth. I knew it. My family knew it. My friends knew it. And my teachers – they definitely knew it. I’d protest grades I didn’t agree with, go to war over toys and clothes I so desperately wanted in efforts to feed my individualism, fearlessly stood up in the face of authority when feeling unfairly treated or patronized, and perpetually fought to establish my independence and strive for adulthood. When I was younger, all I wanted was to be heard, and in most cases, I was.  From a young age I remember my parents getting home each year from parent-teacher interviews. It would usually be late by the time they made it home, but I’d always lie in bed eagerly awaiting their return to get the scoop on what dirt my teachers had on me.  Feeling my burning ears, my parents would invariably drop by my room to fill me in. They’d tell me three things: 1. You’re a “good student”, 2. You “get along with everyone” and 3. You’ve got a “big mouth”.  We’d all laugh, they’d tell me I’d “come by it honestly” and that they loved me, and gave me a kiss goodnight. No reprimanding. No embarrassment. No punishment. They were delighted. Proud, even. My parents’ reaction to my having a voice in this world has shaped me into the self-assured person I am today. Unbeknownst to me at the time, it also taught me my first life lesson: stay true to yourself.

Fast forward some 10 years, I found myself in a corporate hoity-toity work place at my first job. It was a great job at a respected company, but the environment was so new while at the same time so foreign, it felt like I was back in kindergarten. Intimidated by my newfound surroundings and struggling to fit into this new box that was to be my playground – forever – for the first time in my life I felt what it was like to be scared of my own voice and, from 9-5, stripped of my identity. I felt like I needed to learn more, contribute more, and prove my worth before having the right to speak my mind or have an opinion. I worked diligently while staying under the radar for just over 2 years when I switched to a new (and my current) job which offered up another corporate and conservative environment in which to “play”. Once again, the feelings of drowning and overwhelming need for adjustment took over. For 5 years, I worked extremely hard and was lucky enough to have a boss that saw my potential and consistently encouraged me to have a voice, whether it be in meetings, on business calls, or in public forums. She was committed to pushing me to new heights and has tirelessly made attempts to dig out the fear. It worked. With her support, I was successful in raising my profile and establishing credibility in and outside of the company, and within the last year, I’ve finally felt lighter. The last twelve months have represented a pivotal time for me, not only because of having found my voice at work, but also because I’ve discovered newfound purpose for where I’d like my voice to be heard.

In the aftermath of the dozens of brave women who came forward to reveal the truth – their truths – behind Harvey Weinstein’s pig-ery, it became abundantly clear that positional power and sexual harassment within the confines of a work environment are not isolated to Hollywood alone. As we all know, women across an array of industries and from the far reaches of the globe, one by one, stood on the shoulders of the women who came before them, and spoke their truths. For us bystanders – i.e. the big companies, the small companies, the innocent men, the untainted women – we all watched in horror as women, seemingly everywhere, found the strength to peel the proverbial red tape from their mouths, freeing themselves from repression, as they revealed the ugly truths about their corporate male counterparts and leaders. For a while it felt like I was watching it all from a far, like I was safe. But it wasn’t before long that cases of sexual misconduct hit way too close to home. Between two separate personal accounts of friends being harassed at work which both involved sexual predation perpetrated by a senior leader, I was fired up. I was fired up because of the events that had occurred, but also because of having to come to terms with my own naivety. I woke up to a reality I vehemently disapproved of and rejected. I was so profoundly impacted by these events that I was overcome by a strong will to say something at my own company in an effort to raise the bar and try to set a new precedent for ‘best practices’, but my commitment to diplomacy drove me to have my doubts. I was scared. What would they say? What would senior staff members think of this “little girl” (yes, at 30 years old I am still – in my head – a little girl sitting pretty in a crown at her 4th birthday party) coming forward and running her big mouth? Drowning out the negative noise, I drafted an email that included a link to an important NYtimes article (https://www.nytimes.com/2018/01/03/opinion/why-is-fixing-sexism-womens-work.html) and discussed the importance of setting an example for other organizations through the joint efforts of both men and women working together. I read the email over 25 times and hit send. I sent the letter to my immediate team members and the full C-Suite. I finally let myself be myself, and overcome with the need to express, I lost the fear.

Show ’em you mean it. This is the hardest part. When Tina Fey said “confidence is 10% hard work and 90% delusion”, I’d mimic that sentiment as applied to effectively speaking up and speaking out. Figuring out what’s important to you and subsequently making that known is only difficult when fear and self-doubt is in the way. In other words, delusion. The hard work comes into play when you have to prove substance behind your statements. One has to prove that they mean what they say, and that they’re committed to sticking with it in order to be part of the solution. After I hit send, every minute going by felt like an eternity as I waited for responses to roll in. After a nail-biting, hall-pacing, nose-picking hour, one by one emails finally came flowing in, and to my delight, were sprinkled with unanimous praise, support, and nothing but positive feedback. I took a deep sigh of relief and then got to work. I scheduled a dedicated meeting in the following days to discuss the email in a round table discussion, and with the encouragement of senior executives, I was tasked with making a game plan that would then be put into action. I’ve since created a working group who are focused on the implementation of our action plan, and have also been invited to sit on the company’s newly formed Council on Culture. Now, I’m 90% there.

All too often we are relying on trendy hashtags and catchy sound bites to spread messages and feel as if we are a part of something good. I am here to say that while jumping on the bandwagon is inspiring, it’s just that. To effectively make our voices heard, we need to use that inspiration to actively remind ourselves of what we stand for and stay true to who we are, shed the fear, show ’em you mean it by taking real action and being part of the solution, and for the love of Mother Nature, use our voices and SPEAK UP.