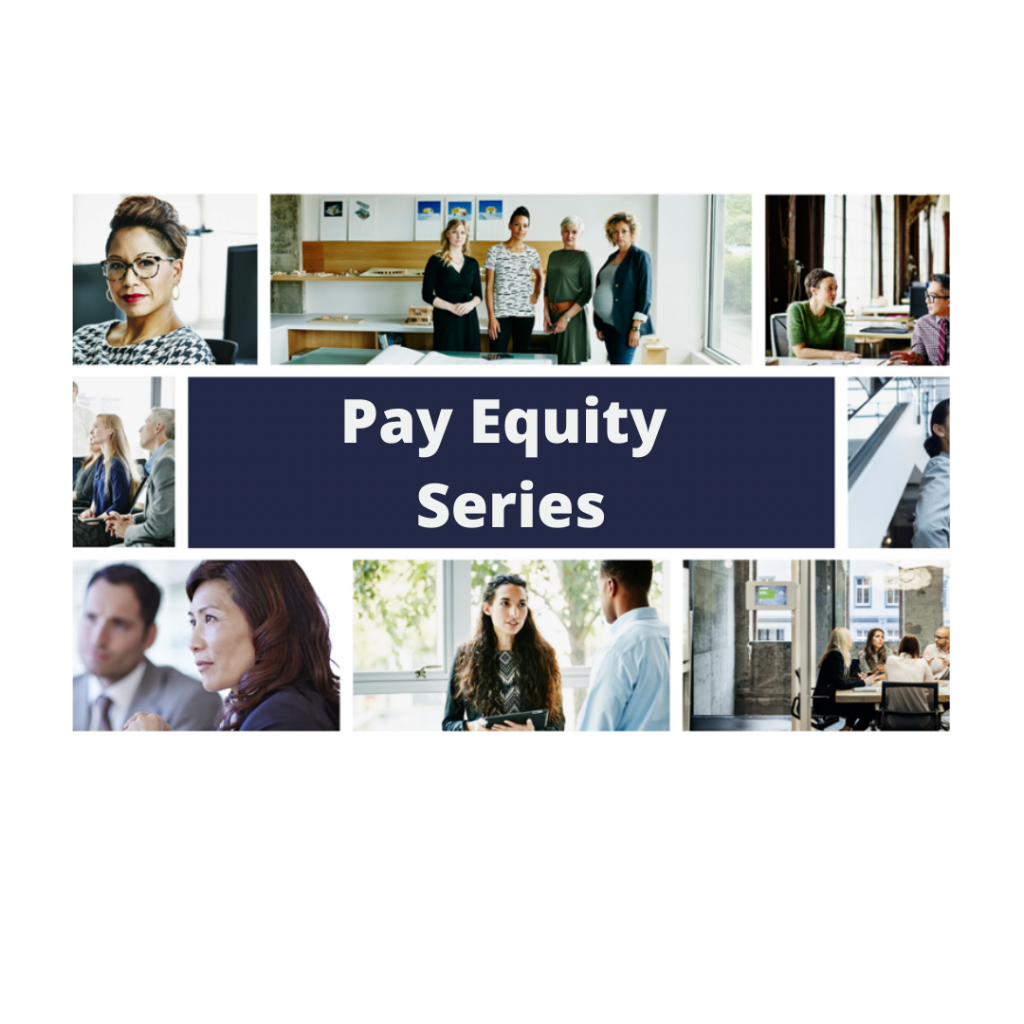 Have you ever wondered how your compensation compares to your peers? One of the first things you learn about the workplace is that it’s taboo to talk about salaries and wages, but not knowing has made it harder to negotiate pay and to advocate for yourself.

But why does it matter? In theory, you should be able to work hard and eventually you will earn your worth, right? Wrong. According to Statistics Canada, women in Canada make $0.87 for every $1 men make, and the data shows that this gap will only widen as you progress in your career – with fewer women at the top and women’s salaries consistently lower.

And, making matters worse, the pandemic has disproportionally impacted women – with more women dropping out of the workforce or stopping at middle management to balance family obligations.

Closing the gap seems harder than ever, which is why Lean In Canada decided we were going to host a six-month series on pay equity. We had the opportunity to sit down with Ontario’s Pay Equity Office, to get a primer on pay equity and why it matters today.

What is the gender wage gap?

The gender wage gap (GWG) is a number that is used to show the estimated difference between women’s and men’s pay. According to Statistics Canada, the GWG in 2018 was 13.3%.

The GWG is a result of a whole host of complex interconnected structural issues including gender stereotyping, discrimination, structural inequalities, undervaluing of women’s labour, and other compounding factors. Numbers never tell the whole story, but they are useful in understanding the impact of the gap.

So what is the impact? Why does pay equity matter today?

Working women have been disproportionally affected by the global pandemic. In April 2020, women’s labour market participation dropped to 55%, the lowest it has been since the1980s.

This trend reinforces the importance of raising awareness about pay equity and the rights of working women to redress inequity. It is also of the utmost importance to help women return to work and create labour force conditions that remove the unstable, underpaid, and precarious nature of work that women often experience.

But it’s not all bad news, right? Pay equity also presents a great opportunity for organizations.

Absolutely, women’s representation in the labour market has both social and economic benefits driving gender equality, workforce productivity and increasing household income. Paying your employees equitably is an effective way to improve productivity and revenue generation, build a high-performing culture as well as driving employee engagement and excellence.

According to the European Institute for Gender Equality, compensating women’s work fairly is likely to lower poverty rates among women and reduce the gender gap in old age pensions for retired women. McKinsey & Company’s Global Institute report found that narrowing the gender wage gap could add between $12 and $28 trillion to the global GDP. And companies with gender diversity were 25 percent more likely to experience above-average profitability than peer companies without it.

What is the government doing to address the gap?

Canadian jurisdictions employ a variety of legislative tools and policies that aim to minimize, and ultimately eliminate, the gender wage gap.

Our work at the Pay Equity Office promotes gender economic equality through Ontario’s Pay Equity Act.  The purpose of the Act is to eliminate pay inequity between women and men who perform work of equal value. We have a particular interest in helping women to achieve economic well-being and an understanding of gender inequality and discrimination.

What do you mean by work of equal value?

Most people instinctively understand “pay equity” to mean that men and women performing the same work should be paid the same rate. That is called “equal pay for equal work” and all Canadian jurisdictions have some form of legislation to reinforce this basic standard of fairness.

The gender-neutral way to answer this question is to break down each job into its constituent parts of skill, effort, knowledge and responsibility, then use an accepted method to quantify each of these parts, and then finally compare the results. If the two jobs are different but equally valuable to the company, then they are considered “work of equal value” and should be compensated as such.

We know that women with overlapping identities – such as race, sexual orientation and disability – face greater discrimination and inequality. What can we do to ensure the gap is addressed with an intersectional lens?

Organizations such as The Prosperity Project are working on diversity data tracking, but overall data collection methodologies that consider intersectionality are still a work in progress. We must continue to encourage the use of an intersectional lens in research, which can support the identification of more inclusive and impactful results. In the absence of intersectional research, providing platforms for marginalized women to share their perspectives is critical.

If you are in a leadership position, encourage the contributions of your team members who may be from marginalized backgrounds, and review your HR policies to ensure equity, diversity, and inclusion. Assess your hiring and compensation practices with a fresh eye.

How would you recommend starting the conversation with senior management to implement a pay equity program? Are there resources you can direct us to that can help start this conversation?

Something we often recommend is presenting the business case for pay equity.

According to McKinsey’s The Power of Parity report, Canada could add $150 billion in incremental GDP in 2026 or see a 0.6 percent increase of annual GDP growth by advancing gender equality. According to the International Monetary Fund, greater inclusion of women in the labour force could also increase men’s wages since overall workforce productivity would increase.

Beyond the office, what is one thing that each of us can do to help move the needle?

If your jurisdiction does not have a specific policy tool or program to address the gender wage gap, gather with your colleagues, consult with stakeholders, talk about and propose solutions.

Watch for the rest of Lean In Canada’s series on pay equity, including an upcoming social campaign, a new white paper, and a culminating event on September 18, 2021.

Your volunteer team at Lean In Canada