The Round-Up: Vague Feedback is Holding You Back, New Mutual Fund Invests in Women, These Ladies are Killing It in Non-Traditional Careers - Lean in Canada Skip to content 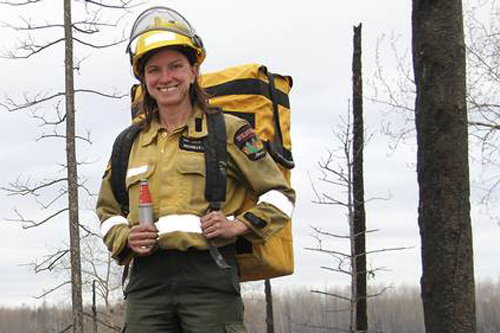 After a sold-out April event and three-year anniversary, we’re ready to announce our next event, which will be on May 31st! Get your tickets and make sure your personal brand is business-ready.

Here’s the recent news you need to know:

— The Harvard Business Review found that vague feedback is part of the reason for the leaky pipeline of women leaders. In an analysis of performance evaluations of men and women, they found that women were systematically less likely to receive feedback tied to business outcomes (whether positive or negative), and men were offered clearer, more specific advice on what they were doing well and what they needed to do to get to the next level. On the upside, the article provides three simple ways for managers to correct this imbalance.

— Gender diversity has a positive impact on the bottom line, and now BMO is offering Canadian investors a way to capitalize on this with a new mutual fund. The new fund will invest in companies that have either a female CEO or a board with at least 25% female representation. We’re glad to see this added to the growing list of impact investments available on the market!

— Big news on the #Ghomeshi case – Kathryn Borel, the complainant in the now-canceled June trial, has released a statement on what happened in her workplace, and the Crown has withdrawn the charges against Ghomeshi in exchange for a signed peace bond. It’s been a tough time with this trial, and we wish anyone who has ever suffered from workplace harassment or sexual harassment peace and healing. If you or someone you know is being harassed at work, take a look at the infographic from our February panel to see what you can do about it.

— We love hearing about women doing great things in non-traditional fields. First up, Mallorie Brodie and Lauren Lake, two 24 year-olds based in Kitchener-Waterloo, have raised $1.7M for their startup which focuses on streamlining construction projects. As well, we’d like to congratulate Alison Larkin, P.E.I.’s first female fire chief, for breaking into a leadership role in what’s traditionally a boys’ club. Last but certainly not least, a woman everyone should know as the Alberta wildfires rage on – Michelle Wigmore is one of the most experienced firefighters in Fort McMurray tackling ‘The Beast’.