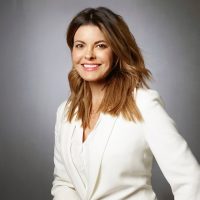 Emma founded the boutique brokerage Charles Real Estate here in Calgary. The unique brand and positioning of Charles has grown the company to over 50 real estate agents and represents buyers and sellers in some of the most unique properties in the province.

Emma was president and co-founder of the organization Calgary River Communities Action Group (CRCAG) – a citizens’ advocacy group she founded in response to the devastating floods in Calgary in 2013.

Her work in the community led to her being chosen as Executive Director for the office of the Premier of Alberta under the leadership of Jim Prentice. This role included stakeholder relations, strategic policy development, issues management, and public affairs.

Emma took on a leading role in Calgary’s Olympic Bid and was a founding member of YesCalgary2026. She has worked as an entertainment lawyer, has written and sold a television show to VH1, and has served on a number of boards. She has worked in a multitude of professional environments and understands deeply what women who work need, which inspired her latest new business, SOPHIE GRACE Designs.

SOPHIE GRACE launched this year as a solution to busy working women who want to look and feel amazing while minimizing the fuss of getting ready in the morning. Emma is the mother of 2 humans, 2 dogs, and 2 cats.

Hey Vancouver! LeanIn Circle is a place where wome