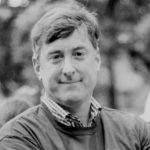 Paul started at TD in 1983 as a part-time Customer Service Representative. In 1989, he moved to TD Commercial Banking and progressed through increasingly senior positions in the Greater Toronto Area over the next 10 years.

Paul is on the Board of Directors for Royal St. George’s College. He has played a leading role in the TD’s United Way Campaign for several years and is also currently the Chair of the People with Disabilities Committee and a member of the Diversity Leadership Council at TD. In 2006, Paul was recognized as one of Canada’s “Top 40 under 40,” a national program honouring Canadians under the age of 40 for achieving significant professional success.

Paul and his wife Susan live in Toronto with their two children.