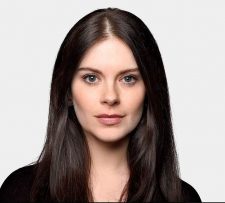 Robyn Doolittle is member of The Globe and Mail’s investigative team and is a two-time winner of Canada’s Michener Award. Since coming to The Globe in 2014, she has probed suspicious business contracts, political corruption and Canada’s response to the COVID-19 pandemic. Her “Unfounded” investigation, which explored the ways that Canadian police services handle sexual assault cases, prompted a national overhaul of policy, training and practices around sexual violence. That series was awarded a National Newspaper Award for investigative journalism among other honours, including two awards at the international Online Journalism Awards. Her latest book, “Had It Coming – What’s Fair In The Age of #MeToo?” was shortlisted for the RBC Taylor Prize for non-fiction. Doolittle was named Journalist of the Year in 2017.