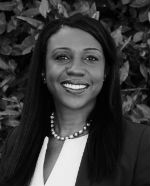 Tanya graduated from McMaster University in 2002 with an Honours Commerce degree, minoring in Economics. She then attended Osgoode Hall Law School, graduating in 2005 and was received her law license in 2006. Tanya practiced at two Bay Street firms before opening her own law firm, originally on Bay Street. Walker Law employs six full time employees in the area of commercial litigation. Walker Law, prides itself on focusing on  resolutions to assist clients with resolving their legal disputes instead of focusing on billable hours. Walker Law also delegates based on complexity, which results in the client saving costs.

On August 9, 2016, Tanya was sworn in by the Law Society of Ontario to be a first black elected female bencher from Toronto in the 220-year history of the Law Society. Benchers are similar to board of directors and are elected every four years by lawyers. They create rules to regulate nearly 60,000 lawyers and paralegals in the province. In 2016, Tanya was involved with passing 13 initiatives to recognize racism and sexism in the profession

(see: Working Together for Change: Strategies to Address Issues of Systemic Racism in the Legal Professions).

One initiative is that all businesses that employ at least 11 lawyers must report the composition of female and minority lawyers (such as associates and partners) in the workforce.

Tanya is certified by the Law Society of Ontario as a specialist in civil litigation. This means that she is recognized as a leader in the field of litigation by obtaining at least seven years of experience and having a mastery of substantive law, practice and procedure. Tanya is also named in Lexpert (owned by Thomson Reuters) as one of the Leading Lawyers to Watch in Corporate/Commercial Litigation. She appears regularly on national television stations such as CityTV, CBC and CTV as a legal analyst.