The Syllabus: Leaning in through Media - Lean in Canada Skip to content 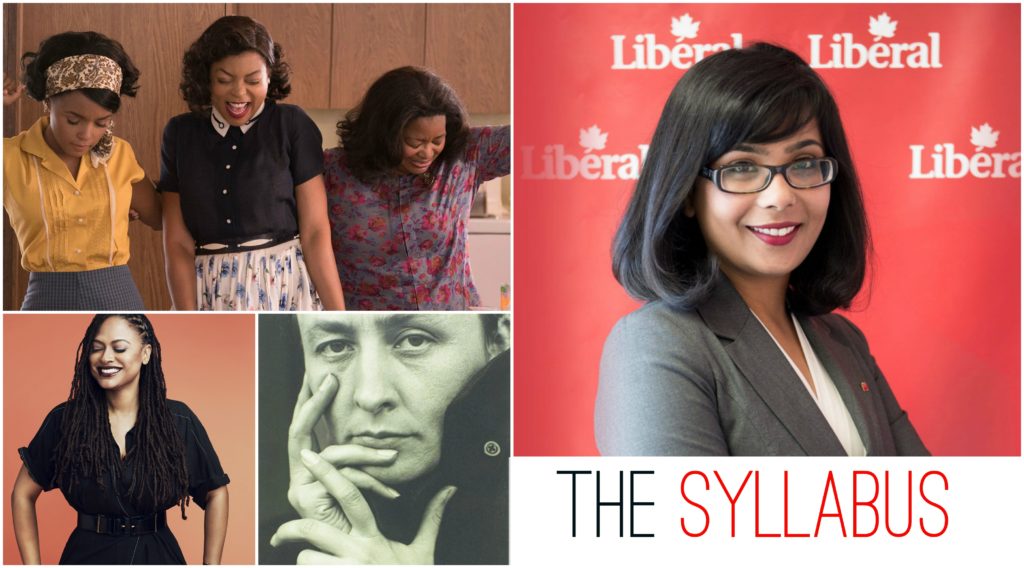 The Syllabus is comprised of books, movies, podcasts, and articles loved by the Lean In Canada team. We want to make it easier to engage with media that grants complexity to women, that is focused on broader representation, and that brings us closer to gender equality.

Have a recommendation that should be included in The Syllabus? Tweet us at @LeanInCanada, and we’ll check it out!

The wild beauty of Georgia O’Keeffe | The Guardian

From April 22 to July 30, 2017 you can check out O’Keeffe’s work at the Art Gallery of Ontario. This article profiles her genius and reveals the core of O’Keeffe.

An interesting look at the birth of rock ‘n’ roll and a tribute to the black women who were the founding mothers of the genre.

We Spoke With the MP Behind Motion M103 About Threats, Conspiracies, and Islamophobia | VICE

M103 has been dominating Canadian news these last few weeks. In this article, VICE speaks with Iqra Khalid, the Liberal MP who called for the motion.

Hidden Figures has been making waves on the big screen and is now nominated for several Oscars. If the movie alone wasn’t enough, then you need to read the incredible stories of these four women.

In this gut-wrenching documentary, Ava DuVernay looks at racial injustice and how it has influenced the mass incarceration of African-Americans. Nominated for an Academy Award for Best Documentary Feature, the film is definitely hard, but also necessary, to watch.

The Agenda with Steve Paikin

TVO’s Steve Paikin covers current affairs and social issues in this podcast. We recommend listening to the “Sponsoring Tomorrow’s Female Leaders” episode to see the ways that movements such as Lean In are helping to shatter glass ceilings everywhere.