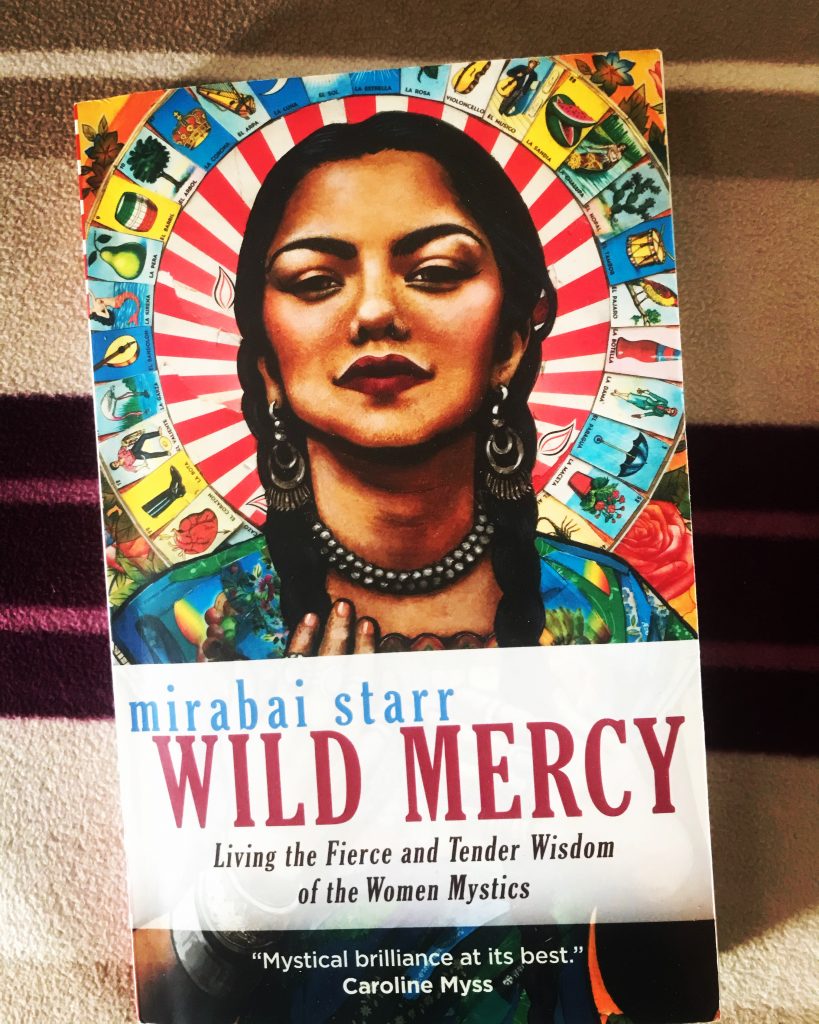 We all have it within us to tap into our mystic feminine power and wisdom.

Wild Mercy (Starr, 2019) is one of those books that you put down several times to stop and ponder the multitude of richness and meaning within each word, sentence, and even period. This book was written by Mirabai Starr as an homage to some seriously powerful women (some real and others rooted in mythology/legend/philosophy) who are by-and-large mostly forgotten or their stories have been skewed due to the historical tirade on the written word over time.

It’s clear that her goal is to bring to light their impressive contributions to women’s and human rights; lest they continue to fade into the ethers of antiquity.

Starr herself has lived a very interesting life that some would say is off-the-beaten-track. Sometimes you have to let life take you where it wills it to go and that is what Starr has done in an honest and vulnerable way. Her own path has consisted of zig zags, metaphorically climbing up hills and then rolling back down them, curling up in a ball to sleep/rest/recharge, and soaring with the eagles where the wind owns the way. On top of this she is a business woman, entrepreneur, mother, and now author of an awesome book that has garnered the attention of several media outlets.

Each chapter of the book is “a tapestry [Starrs] favourite teachings from women of wisdom of the past and present, interwoven with [her] own reflection and personal stories and ending with a suggested practice to integrate the topic…with your own experience.” You will walk away with a few mystic favourites from the Earth goddess Gaia i.e. “Mother Earth” (ahem R.E.S.P.E.C.T), to Miao-Shan who embodies selfless service, to Teresa of Avila who was a modern thinker in an unmodern time. So many options.

The feeling that you get at the end of reading this book is personal consideration of what you are contributing to the world as a woman in this day-in-age. The questions that arise are sometimes uncomfortable but they are always thought provoking and aim to make you respect the sisterhood that we need as women and people to survive on this planet going forward.

The world is currently in a state where there are so many opportunities to game change. No doubt that the lack of knowing where the future is going is pulling the carpet out from under our legs. Let’s think of this time as a golden opportunity for women to embody some of the lessons from the examples in this book, including Mirabi herself, and to enact change where we can.

Sheryl Sandberg had it right when she said “we stand on the shoulders of the women who came before us, women who had to fight for the rights that we now take for granted.” Let’s not take these women and what they have done for us for granted. With the spirit of these mystics in mind, instead of saying “no rest for the wicked” let’s instead say “no sleep when you want to take a leap.” Now is the time to bring some balance back between the feminine and masculine and each one of you has it within yourselves to make a difference.