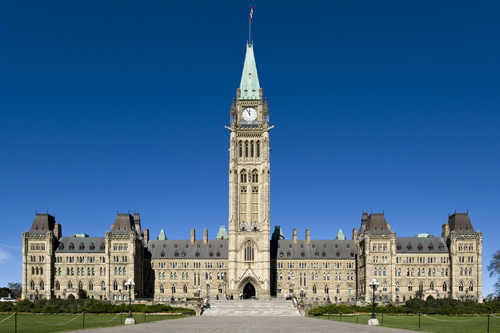 Last night millions of Canadians were glued to the coverage of our 42nd election results as they rolled in. With the highest voter turnout since 1993 and hundreds of thousands of tweets bearing the #elxn42 hashtag, we breathlessly awaited news of the future of the leadership of our country. And as a Liberal majority swept over the country, some of us were also counting the rise of women elected to parliament.

In his victory speech, Justin Trudeau was gracious and optimistic – and called on citizens to lean into politics and public service: “I hope it is an inspiration to like-minded people to step up and pitch in, to get involved in the public life of this country, and to know that a positive, optimistic, hopeful vision of public life isn’t a naïve dream, it can be a powerful voice for change.” A self-proclaimed feminist, he has also promised that half of his cabinet will be women.

So how did women do in our newly elected Parliament? There were more women candidates put forward by the NDP and the Green Party than in any other election. The Liberals had 104 candidates, second only to the 113 they put forward in 2008, and the Conservatives had 66, slightly less than the 68 they had in 2011 and the 67 they had in 1993. For the Liberals, who pulled off a decisive majority, women comprised 31% of their candidates and 27% of their elected seats. They finished with a 57% representation of the women who were elected to Parliament. By contrast, the NDPs and the Conservatives represent 20% and 19% of women MPs respectively.